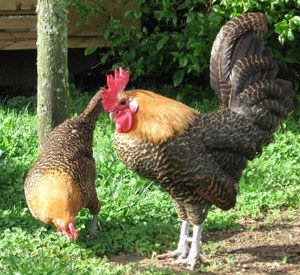 Campine chickens are named after the Campine region in the north of Belgium. The Belgian national chicken. Campine hens are known as Kempisch Hoen hens in the Netherlands.
His arrival to the present day
Campine chickens are a chicken with smaller sizes than Braekel’s chickens. It weighs about 1.5 kg less. In the cities of Antwerp and Limbourg of Belgium, they were very interested and they spread rapidly to Europe with the port cities. In 1884, it was decided to separate the Campine chickens and the Kempisch Hoen chickens from one of them, and on August 28, 1904, it was accepted as a separate race with its own standards as a result of a long adventure. The two races were decided to reunite in 1925 and brought together under the name of Kempisch-Braekel. In 1962, the Campine chickens, which were on the verge of extinction, were renamed Brachelhoen chicken to protect the breed again with the decision taken in Belgium. The Campine chickens, which were about to disappear in Belgium, were actually sent to England in 1899. Standardization studies were actually conducted in the UK. Studies in England have succeeded in standardizing the feathers of Rooster and chickens. In fact, although Belgium has a National Chicken, it has taken its own distinctive characteristics in the UK. Oscar Thomanes has brought the Campine chickens back from the UK to Belgium and started to beleive in the city of Ronse. It spread rapidly all over the world after displaying in the UK fairs. Campine chickens succeeded in entering the standard of perfection of the American Poultry Association in 1914. 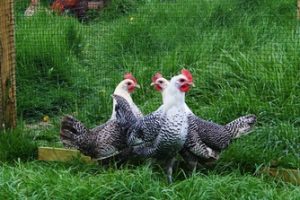 Features of Campine chickens
There are two types of colors, Campine, silver and gold, and they have the same patterns. The silver headpiece is white, the vests are white, the body is silver and the white scales are white. The head is Brown, the body is Brown, the body is black and the body is brown. Campine chickens are a very curious and quick chicken. It has been seen as a highly resistant chicken to environmental conditions. Ibik, eye and beak are red around. The feet have a black-grey mixture of hairless. A small breed. Annual egg yield is 150-200 pieces, egg color is white and egg weight is 45 grams. There is no Campine chicken in Rize ornamental hens.