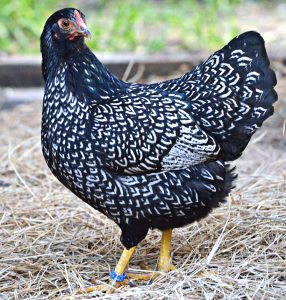 It is a Dutch chicken breed. 19. After the century, he left the Netherlands and entered Europe and Asia. After exiting the Hollanda, Chinese chickens were mated with Brahma, Cochin and Croad Langshan chicken species. The Netherlands also takes its name from the town of Barneveld. The main characteristics of Barnevelder chickens are that their eggs are dark brown and their eggs are thick shells. Barnevelder chickens, which are not affected by the winter conditions, can be quite talked about by their yields during the winter months. We can call it the most efficient chicken in winter.
In 1850, it was named Asia by the name of Shanghai. During these years, it has spread rapidly from Holland to Europe, from Europe to Asia. After arriving on the Asian continent, Barnevelder chickens began hybridizing among themselves at first and then Brahma, Cochin and Croad Langshan chickens. According to sources, the Shanghai hens are barnevelder hens hybridization. 19. At the end of hundreds of years, Wyandotte has shown a similarity to chickens. American utility birds has taken control of the race. Barnevelder was officially introduced in the bird section of Landbouwtentoonstelling(Agriculture Fair) held in The Hague in 1911 with its own name and unique features. Dutch Poultry Club (Dutch chicken club) had 150 close colors and species, and they were in control until 1923. After these years, it has been reduced to a single kind and its purity has been gained. In 1921, eggs were taken to England and the British Poultry standard was able to enter the Union. According to the British winged standard, Barnevelder chickens, which have a double coat of feathers such as Partridge, have different colors, were considered the species and the main blood race. On the verge of this information, the main characteristics of Barnevelder hens are as follows: The only short comb in the head of chickens, yellow legs and the pubic hair is not. The standard is brown color, the length is as long as the average chickens. Shows that there are more varieties by Barnevelder clubs in the Netherlands. There are also chickens with double scales, gray scales, black scales, and white scales. There are dwarf ones that reflect this colour variety. Although there are different varieties of colors, it has not been able to enter the chicken standards. Barnevelder chickens make 150-200 eggs a year. Eggs are large and 60-65 G with an average egg makes. Egg color has dark brown color.