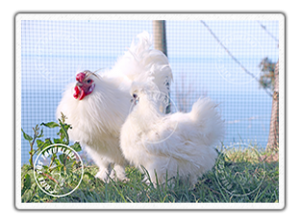 The origins of the Silkies hens are not fully known. First 13. in the century, Marco Polo wrote that he saw white fur and black leather chickens in China.
In a short time, major evolution: these chickens have undergone physical changes over time. In the early years, there were no long-haired hairs and their legs were not hairy. SoSilkies have changed even more over the past 30 to 40 years, and the original species are only white, but now a few different colored ones have emerged.
Its feathers are in a structure that is not of any chicken breed. It is like silk and resembles fur, but it is not protective from cold. therefore, the abyss cannot adapt well to sudden weather changes, bad weather conditions.
Silkie chicken is a chicken race in Turkey known as abyss. It’s one of the ornamental hens, it’s difficult to maintain. Cleaning is difficult and must be protected from the cold. The most striking feature of the abyss (Silkie) is that their hair is like silk. That’s why Silky is called Silkie, which means “silken / silky”. To shake us despite being called Abyssinia, Ethiopia does not have anything to do with Chinese origin.

They’re not from my broad band, like, dwarf chickens. It is classified as normal-sized chickens. In some places, all silks are considered to be my band. However, the band type of silks is different. Almost all of the hens in North America are bantam and the original hens are mostly found in Europe. But they’re not too big, even if they don’t have a band. The standard weights are as follows: Rooster 1.8 kg and chicken 1.36 kg.
There are two main types: beard and beard.. I mean, the ones with the beak six feathers and the ones with the beak six feathers. These hairs cover the ears. So she’s got two main characters. They’re separated by color.
All shrubs are small, with beak and beak are dark. Ear lobes are turquoise blue. His skin is black, his flesh is dark gray. Feet with five fingers.
Pet feeding
It’s a calm, docile, human animal. It is the most popular chicken as pets in the USA and in some European countries.
Although the Chinese make a traditional soup, the Silkies are mostly not fed to the meat.
In short:
Mainland: China , Java ,Sumatra , Seylon , Ethopya Paraguay ,Argentina and the Philippines
History: there are different views. According to an opinion, the first Silkies were brought to the north of China by the Mongols 4000 years ago in the Himalayas. Silkies were brought to Europe in 1600-1700. In 1874, it was accepted as a separate breed by American standards.
SUB-SPECIES:
-White Silkies
Black Silkies
-Yellow Silkies
– Blue Silkies
Specification: male 1.35 kg, female 900 GR.Silky (silky) is given in terms of silky feathers.Their bearded and bearded have placed them among the most sought-after ornamental chickens.
Cage environment:wire-based 1m2 cage or 2m2 soil-based Cage.
Feeding: chick and dicks while meat broiler feed then egg feed and grain feed
(millet,wheat.such as oats).Greenery should not be forgotten and sand containers should be placed for the bathroom.
Reproduction age: 4 months.
Reproduction time: all year round in suitable heat and light.
Number of eggs per year: 120-180 pieces.