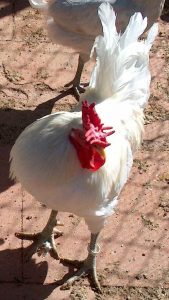 Sicily – Sicilians today are rarely seen in Italy, in the country where they were born, even in the age of the race. 16. in Italian paintings dating back to the century, the cup-shaped comb, the ancestor of today’s two races, is already showing its rough chicken.
Sicilian cockerel, golden duck blossom Damizçı: Marino Morosini, Italy as in most old domesticated breeds, it is not known exactly where they came from and how they developed the breed. Of course, their history began in Southeast Europe, where the whole group came from the naked and hairy races. Sicily’s relationship with this group is still evident from its original fluctuations and genes for the repetition of the comb. In addition, the Buttercup judge in America wrote, “Little curled feathers on the back of the comb don’t matter,” even in 1929!
At the 2006 European Show in Leipzig, raised by Sicilian Pulu, Marino Morosini, the golden duck bird, birds in the North African cluster are thought to be facing local Sicilian races for Sicilian creation. Taking into account the similarity of races such as Dandarawi or Fayoumi, such an effect seems to be really possible. In 1600, Aldrovandi wrote a chicken named “Gallus turcicus”, a North African chicken with a cup-shaped comb, black-colored Ivy and white or silver-colored bluish legs. In 1912, Wandelt took a look at the chickens of the Buttercup species, built by Weber in Madagascar. And most importantly, an American lady born in Libya told me she remembers such mixed birds from childhood with a cup of comb, and it was so common in those days that even today only a buttercup looks normal to her! Ferrucio Frau-Sanna wrote in 1922 that the Sicilian race had a few small and isolated swarms, and it was apparently not much of a species. According to this writer, Professor Tucci was able to work on the idea that the race had a more uniform appearance. Gold ockwing color is introduced at this time, or spangled diversity is also not certain whether or not it is present. “However, in 1835, golden birds with beautiful black specks going to America appear to be very rare or lost in 1922,” says Frau-Sanna. The dots are not very similar in color to coconut “and with salmon colored breasts. Any gold color does not mention a clearly defined pattern of impregnation. This kind is no longer available today. Personally, the golden bird cover is really old because any Cross tends to slow down the maturation in Sicily (as can be seen in black variety), but the extraordinary features described by ancient authors still apply to the golden color of today’s duck records. 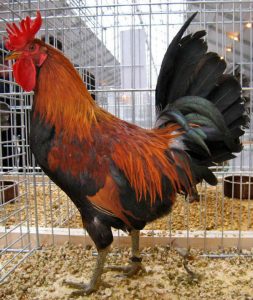 Ferrucio Frau-Sanna, like other old writers, praises the early maturity of the registers, the lack of stud instinct, the height of the egg count, its activity and its resistance to diseases. The average weight of a man is two kilos, one and a half kilos, as described by today’s standard. In Italy, in today’s Sicily there are three kinds of white golden duck circles: white and black. Among them, Willow-Green legs and golden duck birds are the most popular, but they are very rare. It was hard to find growers.
Two years ago, the Sicilians in Germany had rarely had the opportunity to hatch twenty eggs directly from Sicily, and while in the middle of a harsh north German winter, the cultivation of Seventeen chicks from the eggs was really hard. From the beginning, they made clear differences to the English-born Buttercups I knew. Even newborn chicks seemed different. The first picture shows Buttercup, a Sicilian Chick. Not only in terms of color and size, but also in terms of beaks, landing shapes and expressions of their faces are different. Two weeks later, I was surprised when little male chicks started to fry and grow. After all, they weren’t exactly hairy yet! The activity of these chicks was amazing. To keep cannibalism from getting soaked, I had to store places, branches, and places to climb around me, and I had to replace all the carrots that connected the carrots to each other. Cockerels launched their first attempt to land in four weeks! Their outward appearance was clearly different with the barrels. (Interestingly, gender is shared with the corn race Dandarawi with a cup-shaped comb.) According to the findings of Itisuto Sperimentale Zoootecnico in Palermo, the testicles of two-month-old Sicilian Rooster are the same size as those of six-month New Hampshire or Rhode Island reds! For this reason, the pups of the Sicilian race cannot be raised with separate pens, as you do with other breeds (the best possible thing with young male Buttercups). They never fight, but their sexual instinct is so strong that puppies who are stronger are constantly chasing weak ones and trying to match them as chickens. For this reason, the best way to raise them is with an old rooster and an old chicken and a really big pen. They can effectively defend themselves and protect peace and live together in harmony.
The first pulse I scanned in Sicily, Antonino Palazzolo, began to sleep when I was four months old. It’s too early for a pure chicken. Their eggs were small enough to disappoint, weighing only 30 grams. However, as the scales grew, the egg size increased until it reached a weight of 60-65 grams. The teapots laid their winter without artificial light or heating in their cluster, and unfortunately, they continued to be kept in the summer when they went there. They only knew the standard from a single chicken who wanted them not to be a babysitter! Of course, their son is very valuable to reproduction. I still find Sicily’s breeding capabilities remarkable among pure slaves. Not surprisingly, I also notice that it eats more than other races – of course they need a great deal of quality food to perform so well. When I realized that I had never found the kind I knew from England, I began to love and admire these friendly and beautiful birds after a slight shock. Sicilians act as great as young people, but as adults, they are just normal and docile, and they can submit for a very long time. They prefer not to be raised once, even though they can fly. Men’s large Combs need extra care during German winters, but apart from that, it seems we have no problems with our climate. Meanwhile, in Germany, there are many growers organized in the club with this website. The club was also able to find friends among breeders and judges in Italy, so it was a promising start to the future.