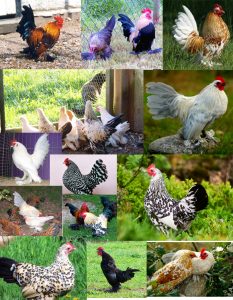 Sabelpoot chicken, which comes up in different names, takes the name of the feathers and the rags. We can also call it a chicken with a midget. The only chicken species to be shown as a precedent when taking this name is baribu d’ucce. Sabelpoot’s only difference is that you don’t have a beard. Sabelpoot chickens are known for their warmth and his closeness to people. He spends his time and is a good chick keeper. He wants to live in a good cluster, so his resistance to Marek disease is very weak. As Rize ornamental hens we recommend good care of Sabelpoot. US has been a bit Sabelpoot.
His Arrival To The Present Day
Sabelpoot is shown as the home country of the chickens in the Netherlands. In recent history, some sources show that Belgium and Sweden are. It has been named after many different names until today. A few Mille Fleur, Benbefjärdrade dvärhrhöns, Engelska trädgårdshöns, fotbefjärdrade, booted Bammams and Sabelpoot … the most commonly used name is Sabelpot.
History
Porn Beach according to sources, shows that it is a very old breed of chicken. According to sources, it is assumed to have come from Central Asia. 16. it is said that it was written as a painting in the 19th century and it was painted by a Dutch painting artist. Until today, it has been tried to be owned by many countries and has been named. According to German, Russian and British research sources, although they try to call it Mille Fleur, Sabellpoot has arrived today.
Arrival To Europe
According to sources in the Netherlands, Belgium, England, Germany, Denmark and Switzerland, the 19th International Conference of the European Union was held in Brussels. It is known that it has come in a hundred years and its species in different colors and patterns have been brought to or out by chicken developers. Sabelpotes, which are not known for their appearance in Europe, have started to be loved and fed by people in the following years. According to sources, Sabelpotes have about 50 different color types. Sabelpoot lemon sabelpoot locate most types and kind of buff.
How To Use Templates Is A Chicken.
And poultry units by certain colors acceptable colors are white, black, yellow-buff(Yellow), Pearl Grey(Pearl Grey), tvarrandiga, black/White(black-and-white spotted, pearl-gray/white(pearl white spots), white/black colombia(black-maned white), yellow/black Columbia(yellow-black-mane), goldhand, Silver Hand, silver black(Silver Black) porslinsfargade(porcelain), porslinsfargade black gold(Black Gold porcelain), isabell porslinsfargade, Lemon, Black porslinsfargade, porslinsfargade white gold, gold, colors such as blue porslinsfärgade and black silverbröstad are available. The weight of the chickens varies between 750-850 GR and 650-750 GR. Although they are small, they are famous for their imposing posture and wings, with the whiteness at the tips of the species at their toes and with a nice appearance in their wings flapping.