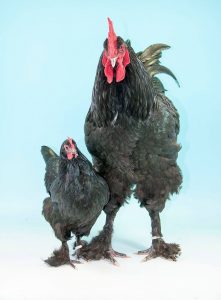 Croad Langshan chickens are seen to have the characteristics of many chickens in China. The long body and the body of the body, with soft shiny hair and standing light hair, are the characteristics of many chicken breeds in China. In fact, a lot of chickens carry his property… as the appearance is available in two colors. These are black and white. The axe is red in the vicinity of the eye and beak. It has short hair from the legs. The weight of a well – maintained Croad Langshan rooster is between 3 kg – 4.5 kg, and the chicken is between 3 kg-4 kg. The egg yield of Croad Langshan chickens is between 100-150, making large brown eggs as eggs. They can’t fly much because they’re a heavy race like Chinese chickens, but they’re a moving race. Chicks are resistant and show rapid development. Croad Langshan chickens can extract chicks like a complete incubation machine and show overfishing chicks. 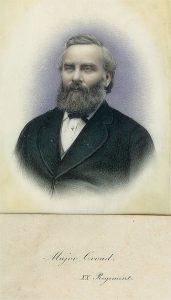 History of Croad Langshan chickens
According to some sources, in 1872, the city of Nantong, located just off the Yangtze-Kiang River in China, lived in the foothills of Langshan mountains and developed major Croad. In 1904, a special chicken club was established for Croad Langshan chickens, which were taken to England after China. Despite the danger of extinction in the European continent during the Second World War, the number of people was increased again in 1979. Before arriving in Europe, he entered the North American continent. In 1883, the White Croad Langshan chickens were accepted by American standards and found themselves on the list. 10 years later, black, blue and white Croad Langshan chickens again entered the list of American standards. The original Croad Langshans are considered to have black and greenish shiny feathers.
The American Poultry Association (the American Poultry Association) has managed to enter 3 colors. These are black, white(1883 years) and blue (1987) has recognized colors. The blood of Croad Langshan hens is found in many of the hens that are known today. These are Barnevelders, Black Orpington and Marans chickens. Although they are not seen to be excessive worldwide, they are still seen to be excessive in China. Croad Langshan chickens are not included in the set of Rize ornamental chickens. 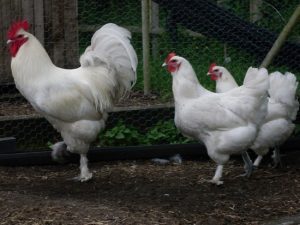