History Of Orpington Chickens:
The original Black orphington, 1886’da Minorcas, Langshans and Plymouth Rocks chicken William Cook’da new chicken development work emerged with.
Development Adventure:
Cook started and maintained the development of the Orpington chicken in London in secrecy. Orpington was first released in 1895 at Madison Square Gardens, and William Cook became popular. In the same year, a sample development was carried out on the Cook side and in 1895 he introduced the Duck of Orpington.
Types: 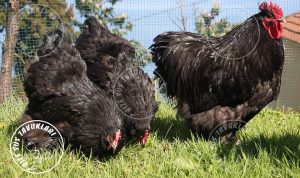 The original colors of the orphington hens are black, white, buff(yellow), blue, and splash(stained).
Although there are many colors in the world, American standard colors are accepted. The most preferred type is buff(yellow). In addition to its colors, there are different varieties of feathers and species separated by lengths. The Bandam(dwarf) was developed by Herman Kuhn in Germany in the early twentieth century.
The band(dwarf) type is the same as one Orplington, and the only difference is that the length is as small as 3/1. The Bandam(dwarf) species has more color variations. These are divided into black, blue lanced, White, buff(yellow), red(red-brown), buff black lanced, barred(gray-white Plymouth shape), buff Columbia(yellow-black nape) and Birchen(Black-White nape). Bantam(dwarf) type, proximity to people, and Gurk period is at the forefront of passing. In 1975, the Orpington club was established in England and started to develop. There are many people in our country who hold Orpington for a few hobbies. One of them is Rize ornamental chickens. 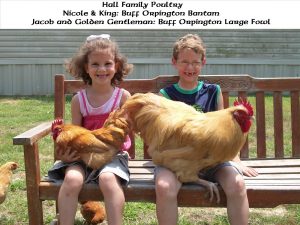 features:
There are certain standards for Orpington. These are from 3.60 to 4.55 kg for cock standardized by the UK Chicken Club and 2.70 to 3.60 kg for chicken. In addition, the short, coarse structure of the length of the foot, the tip of the hair is crowned and a large part of the feet closed.
Other features of the Orpington are short combed, cute appearance and short feet. Egg capacity is 150-200 PCs per year with good care.