Belgian Bantams chickens are one of the oldest known breeds of dwarf chickens. In Britain, Barbu d’anvers, Barbu d’uccle, Barbu De Watermael, Barbu d’everberg and Barbu were developed from grupbe chickens. Their ancestral Barbu hens. In 1911, poultry enthusiasts from Belgium to England attracted a lot of attention and led to the emergence of Documentian chickens. Barbu hens are the only feathers on their feet. They are very visual and feature-rich. Belgian bantam chickens fall into the category of ornamental chickens. As its name implies, it is a chicken breed developed in Belgium. Average weights were determined as 700 gr-800 GR. Egg yield is quite good, but the size of the egg is small. The egg color is brown. There are about 11 known species such as Belgian Porcelain, Belgian Millefleur Quail, Belgian Blue Quail, Belgian Silver Quail, Belgian Lavender Quail, Belgian Cuckoo, black, Belgian Black Motled, Belgian Blue, Belgian lavender and Belgian White. 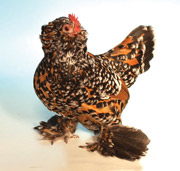 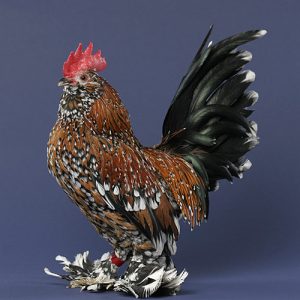