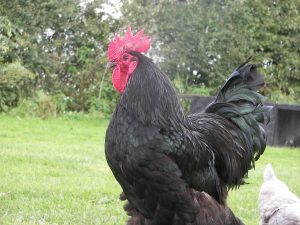 Australorp is considered to be an Australian breed of chicken. During the development stage, it was developed by taking the principle of chicken which will give the best egg yield in the world. In 1920, he broke the world record for experiments in Australorp chickens. After this year, he has managed to make quite a mention of himself in the West. In addition, the National Chicken breed of Australia (Australian National Honorary chicken race) is recognized as an honorary chicken race. The United States of America, the United States of America, is a race of the United States of America, and the most common color is black and blue. During the development of Australorp, Black Orpington developers William Cook and Joseph Partington managed to enter the UK cluster in early 1890. Developers used Minorca, white Leghorn and Langshan hens to carry the characteristics of orphington hens and also to carry their own special blood race. Some of the information from the past is on the verge of Plymouth Rock hens also carry the blood. As black orpington, Australorp hens knew that there were no bloodlines until today. In order to get the name Australorp and to get the national standard, even in interstate agreements were made.
History
His name was first claimed by William Wallace Scott, one of the poultry-Fed institutions before the First World War. Wal Scott, who allegedly made a lot of effort to be accepted by chicken troops, succeeded in doing so in 1925. According to some claims, Arthur came from Harwood in 1919. According to this, Orpington chickens were abandoned and moved to the development of Australorp chickens. The reason for the “ORP” start is that it is a claim to show the big breed among poultry and has also been so. Another claim is as follows. Launched in Australia in 1921, Black Orpington has been preparing for the British standard for import and development of Powell-Owen.”The name Australorp is internationally known in the early 1920s. In 1929, Australorp is known to be firmly accepted as the standard of Excellence.
Colors and varieties 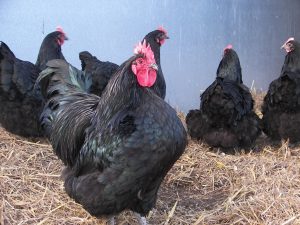 Australorp, like many chicken species, has come to our day multiple color options with both dwarf and standard-sized chickens. Australorp currently has three well-known colors according to the Australian Poultry standard; black, white and blue. White Australians have come to this side since 1949, but in 2011, the Australian poultry standards were set to 2. Accepted in the print section. South Africa recognizes more colors; buff, splash, wheaten lanced and Golden.
Egg status
The reason why Australorp is a record-breaking chicken in our country has started as follows. In 1922-23, six world-class hen teams broke records with an average of 309.5 eggs per hen during successive studies in 1 year. Today, conditions and possibilities are not in those years, although this egg capacity is a very big success. Australorp hens had import orders from England, the United States, South Africa, Canada and Mexico. Australorp chickens have been observed to make 250 eggs in the tests carried out today. According to some sources, they are said to have made 350 eggs in 1 year. They’re also good chicks.