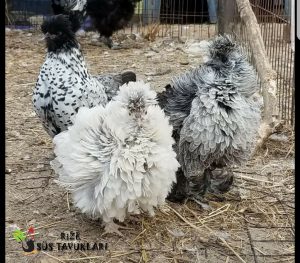 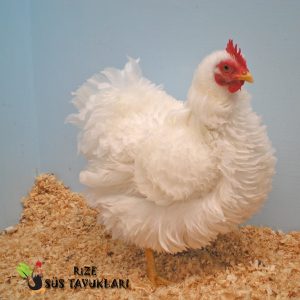 We cannot say the same for all members of the race, although the genes that make Frizzle hens are not exactly dominant. Frizzle(Curly), and there are chicken feathers in the genes of the genes for Mendelian ratios to say for sure heterozigot at a rate of½, although the gene transfer rates to 50% for adult and heterozygous Frizzle(Curly) for chicken to 25% for normal hair 25% and we can say as a feather, spiral curly mixed. Friszle(curly) hens have axes. They don’t have feathers on their feet. Entente Européenne is defined as four colors according to the standards set by the Poultry Association. Friszle(curly) the colors accepted in the chickens are black(black), blue(blue), cuckoo(gray-white) and White(white). The Poultry Club of Great Britain has been limited to 3 colours and bands(dwarf). The Australian poultry standards recognize many variations of colors. For example, black(black), blue(blue), buff(yellow-brown), white(white), columbian(dark brown), red(red) and many recognized colors accepted.
Frizzle(curly) chickens today are fed for their visual. Egg color is white. There are 150-200 eggs per year. Chicks are developing fast. Despite its small structure, the rooster has a weight of 2-3 kg. 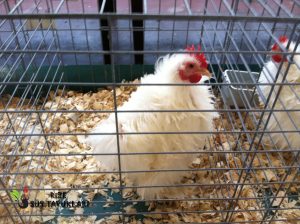 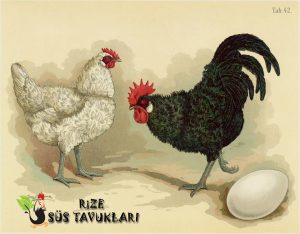 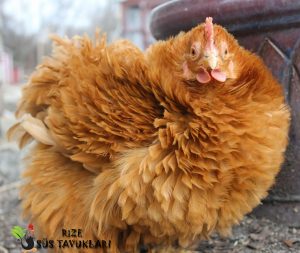 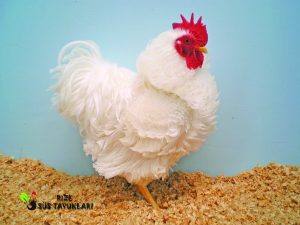