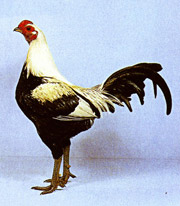 After the Romans invaded England, Julius Caesar sent the game chicken to England for fun, according to the Legends of the city, as the name of the Carlisle Old English game hens. The British also had to fight for fun, not for Carlisle Old English game meat or eggs. He was very interested and became popular by attracting quite a lot of interest from the British. His popularity is quite positive and he has been banned from fighting by animal lovers. Dana was then looked after to develop and protect the Carlisle Old English game hens. After that, studies have been initiated to develop the best visual chickens and Rooster. In the 1880s, the name of the Old English game came up with problems in the formation of the original type. Some of the manufacturers wanted to be based on the types of North (carlisde) or South (Oxford). The birds with the same type of beginnings gradually turned into two different species with the preferences of the producers. As a result, the oldest English game club was divided into 1930 and Carlisle club was set up for more horizontal type and Oxford Club was set up for the type that carries the rest at a 45-degree angle. Old English game has more than 30 colors. While Carlisle club developed only some of these original colors, Oxford Club continued to protect them all. It is generally accepted that a good game (fight) Bird will not be a bad color.
Rooster is brave, intelligent, proud, lively, fast and elegant in movements, as they are ready for any emergency. A good Carlisle Old English game hens are stretched to the tail, the back is short and the shoulders are wide. The chest, which shows the belly as short as possible, is well rounded, wide and full. The abdomen should be flat and moderately deep, and the small and compact belly should be strained to the back, and the body should be as close to the heart as possible with wings from the top. Full and round, extended under the tail, strong shoulder tips marked. It’s covered with broad hair and hard, strong strings. The primers should not be too long, their ends should be round and the body should pass very little. Medium size, strong, brave. Strong, slightly curved from the beak base. Eyes big, bright, clear, full of expression. Small, single, steep, thin-textured. The face is fine textured. The rhinos are small and thin. Ear lobes, rhinos, and IBUs. It’s long and strong at the junction with the body. The neck hair, which is like a mist, is long enough to cover the shoulders. The thighs are short, thick and muscular, the pearls are medium length, well rounded, the precision should not be flat, crooked or Sagittarius leg is considered serious faults. Mahmutlar is located on the lower side of the leg. The four fingers are clean, long and common, and the back finger is well behind and on the ground. It should be carried at a nice angle, neither too high nor too low, close to the order. Crooked or squirrel tail is seen as a serious error. The hair is wide and strong, with a pair of sickle-lengths, well curved and well lined with side straps on both sides. Tough, shiny and sturdy. Tight fleshy but light, completely muscled. These features are considered important factors. In chickens, except for the tail of the medium length, which is well enclosed, it is similar to its male counterpart in terms of its general characteristics except for its gender differences. In the collection of Rize ornamental chickens, Carlisle does not feed Old English game chickens.