Wyandotte was first known as the American Sebright chicken on the American continent. The Wyandotte was originally a breed known and fed by the Native Americans of North America. Wyandotte makes eggs as light coffee and partly white cilia on it. Large bodies, yellow meat, anodised structure (Gurk period passes through), is a chicken race known for its calmness. Thanks to the beauty of the shape albenisi high. 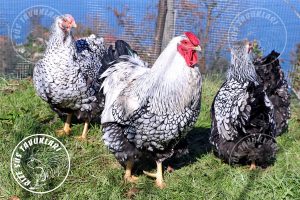 Emergence of Wyandotte chickens
In 1870, in the United States, Wyandotte H. M. M. Doubleday, John Ray, L. Whittaker and Fred Houdlette were developed by chicken lovers. Wyandotte chickens have emerged as several varieties and are known as silver-lanced(white-black stamp), which is recognized in 1883 as the American standard of excellence. He was sent to England with his interest.The origins of the 311 sex are still somewhat mysterious, but the silver-colored hamburgers and dark Brahmins are considered important races among the first gene to develop Wyandotte. The color of the Hamburg hens was used in the development of Brahma hens rose wyandotte hens. Before the standard of perfection, “Sebright Cochin” and “American Sebright” were listed. The main colors and varieties are different…

What Are The Types Of Wyandotte Types. 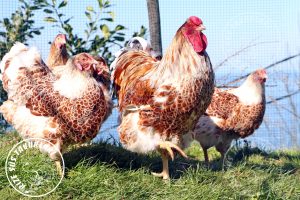 What Are The Characteristics Of Wyandotte Chickens.
It is a big and big chicken breed. They have a big chest and a bulky appearance. They have medium size but have a very large structure. Their tails are like balls in females. Females 3.5-4 kg men come between 5-6 kg. They have nice looks with their scaly patterns. They can be a good mother for the human life and the Gurk. They are short yellow legs with dense hair, big head and broad combed roses. In the United States, the American Poultry Association(Wyandotte) lists and dates of the colors of the chickens accepted by standard of perfection. : silver lanced (1883), black (1893), blue (1977), buff (1893), Columbia (1905), golden lanced (1888), Partridge (1893), and silver penciled (1902). In the United States, nine colors are recognized in the American Poultry Association. For the bandams(dwarf), the same nine colors are accepted… and in Europe, 30 different colors are listed according to the list of Entente Européenne. Here are a few of the most common. Barred, black, blue, blue laced, blue partridge, buff, buff laced, Columbian, gold laced, partridge, red, silver-laced, silver-pencilled and white. In Turkey, a number of studies are being carried out to obtain the best Wyandotte on the side of many associations. In our experience as Rize ornamental chickens, Wyandotte chickens were rarely seen with an axe comb. This problem has faced many hobbyists. With good care, you can bring the egg yield to a very good level. The number of eggs varies between 200-300.